The following guidelines give a detailed step by step overview of how to set up your drawings for us in CorelDRAW Software. You can download a demo copy for free that you can use for up to 15 days.

How to set up a file in CorelDRAW 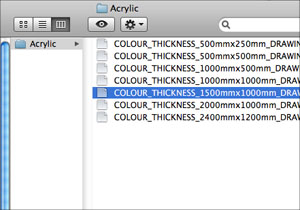 If using our materials, we recommend downloading our drawing templates, they help to verify scale and material type. Materials come in all different sizes depending on the maximum sheet size supplied from the manufacturer.

Templates for CorelDRAW can be downloaded from the templates page. Once downloaded, select and open the sheet size that is large enough for your components.

Working with the drawing templates

If you want all your parts cut / engraved from the same material, arrange into multiples of the same templates and draw as many as required .

If you want parts cut / engraved from multiple materials, Use the corresponding templates for chosen material

Try and use templates that suit best the scale of your drawings. i.e. if your components can fit within a 1000mm x 500mm template, don’t position your drawing on a 2000mm x 1000mm template with lots of excess.

If you have lots of small components from the same material it’s best to draft these on a series of smaller templates approximately 1000mm x 500mm rather than on one large template. Cutting & engraving densely populated files over large areas can cause the material to warp during the process.

If you have elements of your drawing that will only fit onto a large template but don’t need to use a whole sheet, just leave the remaining areas blank. We’ll only charge you for the amount of material you need. 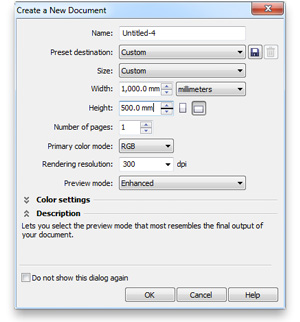 If using your materials or not using a template 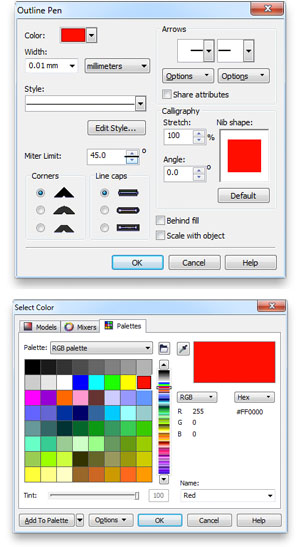 For everything you would like to have laser cut draw out your lines in: 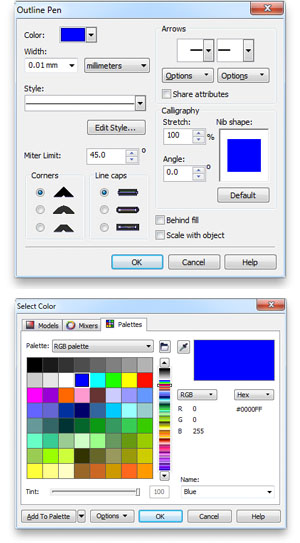 We have established optimized vector / scoring settings for all our materials to achieve a consistent result with the best clarity. The depth is very shallow and cosmetic just scratching the surface. The Strokes & Fonts engraving sample (line weight 0.25pt) demonstrates the clarity on each material. These can be viewed in the materials gallery.

For everything you would like to have vector engraved / scored draw out your lines in: 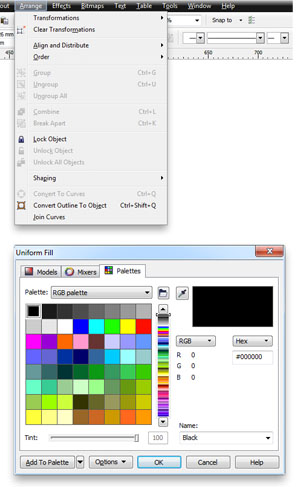 While we can raster engrave thin vector strokes, it’s advised that you vector engrave/ score them. All vectors you would like raster engraved must be indicated by a vector fill.

To turn a stroke into a filled shape:

Set all fill colours to:

When arranging artwork for engraving that have a few components on one sheet, it’s best to keep all of the raster engraving as close together as possible and in horizontal row.

We have established optimized settings for all materials. In raster engraving terms the marking is cosmetic, shallow and typically a balance between legibility and cleanliness. The Strokes & Fonts sample on the material pages demonstrates the clarity achievable on each material.

If you would like to achieve a deeper result or an engraving a little heavier let us know your specification. In laser terms depth is usually specified in microns.

Up to 2mm is considered deep for most materials:

It is achievable, but the laser has to run slowly meaning the concentrated heat build up makes the material appear quite burnt or heat scorched. It is also more expensive to process. Raster and vector engraving is not absolute science in terms of depth specification and therefore not suitable for making mechanical grooves or any features requiring precise depths. Achieving a certain depth is balance in variation between the laser power and speed. A depth of engraving will always be within a tolerance of +/-0.2mm. 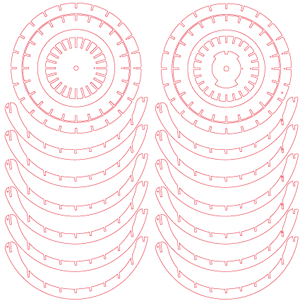 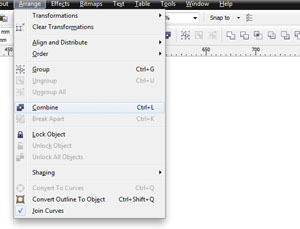 Draw with the least amount of nodes possible without sacrificing appearance. If you can reduce them, we suggest you do. The machines will process your drawings quicker. Too many nodes can also have an affect on quality. 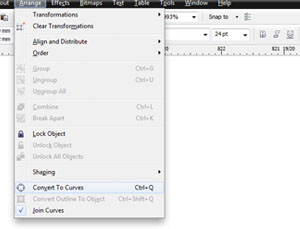 All text used needs to be Outlined / converted to curves.

This is to convert the text to vectors and preserve your font. If you don’t do this and we don’t have your font installed on our computers, the file will open in default font Myriad or Arial. The middle islands of some letters will fall out when laser cut which can make the text difficult to read. If you would like to prevent this one option is to use a stencil font. 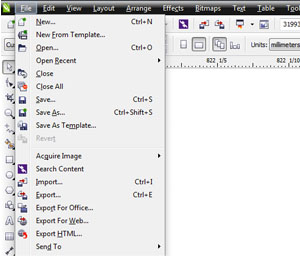 Embedding images within a drawing

There are 2 options when working with images in CorelDRAW, embedding and using live trace. In both cases images need to be at least 300 dpi and in grayscale. We recommend you carry out any image editing in Photoshop or Gimp or any other image editing software. 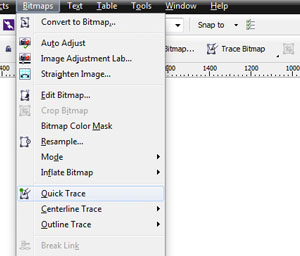 You can also trace the bitmaps of your image you want to incorporate within your file.

To do this first select the inserted image:

When drafting your drawing ensure that there are no duplicate vector strokes stacked up on one another. If you don’t get rid of them the laser will cut / score these lines repeatable, ruining the material and damaging the laser bed.

If you have placed components directly beside each other you are likely to have parts of the vector shape with duplicate lines. Be sure to double check this as they can be hard to see in CorelDRAW.You will need to break apart these nodes manually so that they share the same line. In the example shown the middle line between the rectangles will be broken and shared. 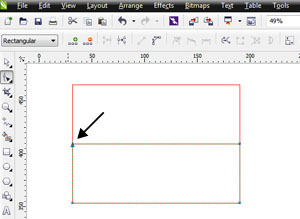 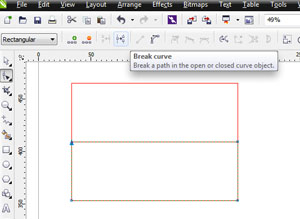 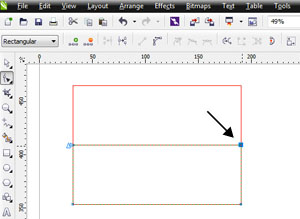 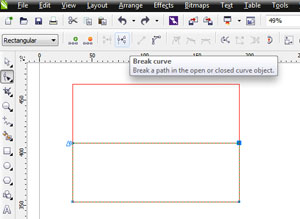 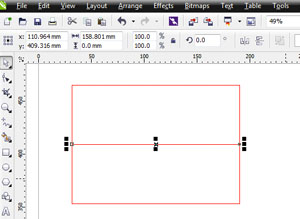 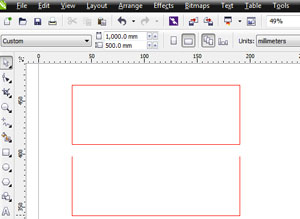 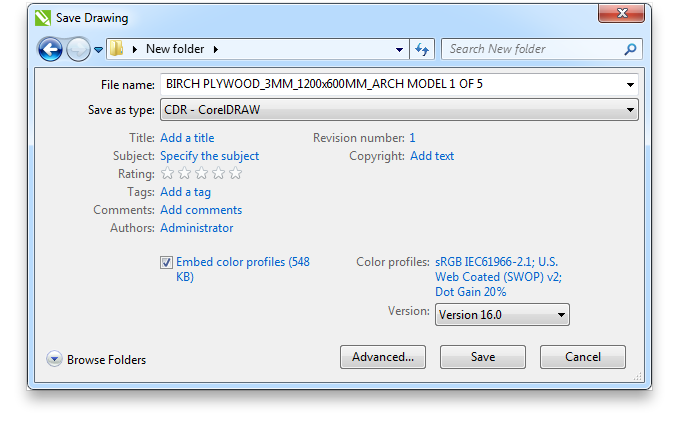 Save your files in the following named format, replacing the fields with the relevant information:

The material drawing templates already have the material category name and page dimension by default, you will just need to enter your drawing name. Make sure you give easily identifiable names to your drawings:

Upload your files for a quote»