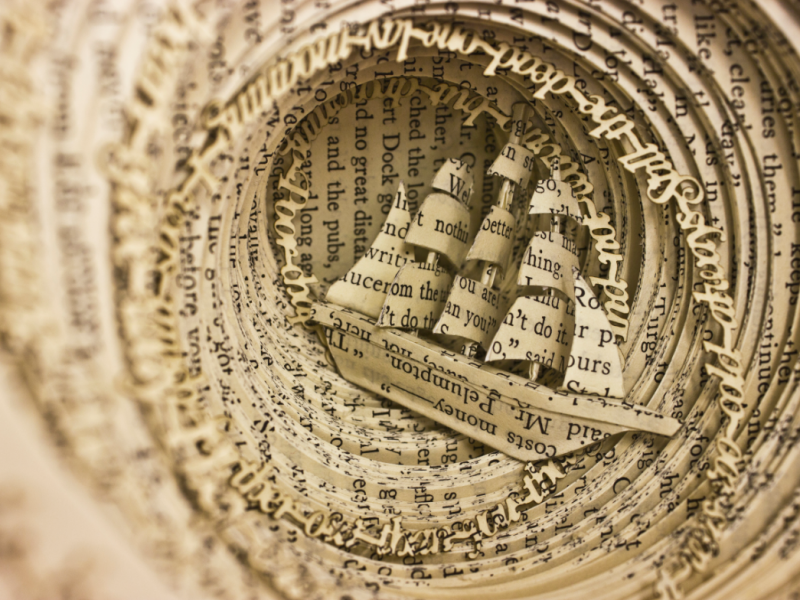 Thomas Wightman is a graphic designer currently working in London.

He’s a Scottish graphic designer, working & living in London. Along with being a graphic designer he has made a series of paper & book sculptures since graduating from University. It all began when he was a student where he was faced with a brief to create an object that packaged his final year project at university. Which created the below book sculpture that acted as a visual metaphor for anxiety and panic through a sinking ship.

Following on from this sculpture it led to creating more to accompany his major project at University. Then onto creating pieces for a variety of clients over the past five years. Clients include Visit Scotland, 20th Century Fox & Outlander author Diana Gabaldon. Also he has made bespoke commissions for individuals also. The sculptures themselves are a mixture of handmade / cut pieces with a combination of laser cut paper elements for the finer details which CutLaserCut have helped him with.